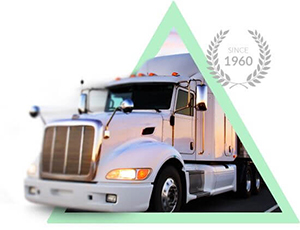 Triangle Truck Parts opened it's doors for the first time. A few years later the shop was noticed by a gentleman named Don Scott for it's ideal proximity to the surrounding rock and sand industry. And the lack there of any heavy duty parts stores in the immediate area. After much speculation Don purchased Triangle in 1969 and began his new business venture.

Some 40 years later now, Triangle is still owned and operated by the Scott family, and is well on it's way to training it's third generation. While still meeting the needs of the rock and sand industry we have expanded our coverage of lines over the years, and are now covering light automotive parts, all the way up to heavy industrial equipment.

Use the form below to Find A Part for your Truck

DO YOU HAVE ANY QUESTIONS ABOUT OUR PARTS OR SERVICE?